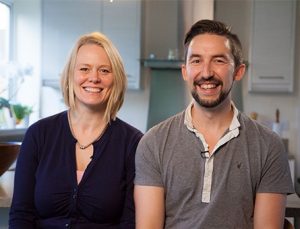 How often do we consider sex as a giving act? In the media, sex is about regularly portrayed as about satisfying our own needs and wants, which is why we live in society where using pornography is considered a normal part of sexual activity. With the perspective that sex is about me, why wouldn’t you use all things available to gratify your desires?

We asked David what he felt was the best thing to do, if someone found themselves caught in this
situation? David’s reply was stark. ‘First, find one person you can trust, who won’t judge you and for whom this is not an issue. Second, tell your partner.’ With the humility of a man who has just shared a very difficult period in his life, David added ‘It’s hard. I wish I had easier things to say.’

David describes more of the trap he was caught in and what eventually got him free from his addiction to pornography in the bonus material in our app, Toucan.