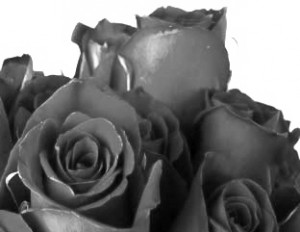 Are you drawn in, repelled by or intrigued by the hype surrounding the release of the film version of best-selling book: Fifty Shades of Grey? I’ve been reading lots of commentary recently and I don’t like the finger wagging brigade. There is something inside me that wants to do the opposite when someone says: “don’t do that!”

However, someone once said: “Freedom is a gift. Use it wisely.”

So I’ve been thinking about the issues raised and trying to come to a wise conclusion. Here’s my thinking…

I think sex is a good thing. Or at least it’s meant to be good as the most intimate, pleasurable and deep form of communication between husband and wife. I know that things can get in the way of a good sex-life (babies, stress, hormone changes, emotional problems and more) and I’m all FOR trying to improve a flagging sex-life.

The other thing that disturbs me about Fifty Shades is BDS&M (Bondage and Discipline; Domination and Submission; Sadism and Masochism). I don’t think these are healthy or romantic forms of behaviour. They are forms of ABUSE.

Two consenting adults are legally entitled to do all kinds of things in the bedroom. That doesn’t make those things good. I read somewhere that B&Q are expecting sales of masking tape and rope to increase this weekend. That horrifies me. This is a dangerous practice. Let’s hope we don’t read about some tragic misadventure next week!

It seems that Hollywood will be painting a glossy picture of romance mixed with erotica and glamorous actors. In the conversations I’ve had with my husband we’ve come to the conclusion that the film doesn’t need to be explicit because our imaginations will fill in the blanks.

The really toxic part is that success at the box-office will only mean that this kind of film will become mainstream and there will be more. Is that what we want?

Do we want to fuel sexual gratification that’s based on humiliation and abuse?

Are women really looking for a relationship where they submit to the control and violent sexual urges of a man?

Is this the message we really want men to act on?

Blurring of the lines

The thing that saddens me most is that the story blurs the lines between what is good and not good.

Here’s how it works. Ana and Christian’s initial relationship is on the dark side. There is stalking, emotional abuse, and violence. With time he opens up. Ana learns he’s had a hard life, that’s all. Deep down, Christian is a good guy. He buys her a car and makes sure she eats well. Things are not so dark after all; there’s some light between these two. We start to feel sorry for Christian. He must tie up Ana and make her scream? Well, it’s not his fault. By the end, there’s a proposal, a wedding, a baby or two. There’s darkness, but there’s lots of light too. Fifty Shades of Grey — get it? (Source)

There is a clue in the story that things are not quite so good in that Mr Grey asks Ana to sign a non-disclosure agreement so that she cannot reveal anything about their relationship to anyone. He also wants her to sign other documents which set out that their relationship will be based on dominance and submission and sex.

Why hide something unless it’s not good?

The blurring of the lines of what is and isn’t acceptable in a relationship is not good in this story. I think we are subtly being manipulated to fuzz the boundaries. We all need to learn about and maintain healthy boundaries and this story doesn’t teach anything good. It only confuses issues.

I have read synopses of the books in the trilogy (thanks Wikipedia) and I’ve come to the conclusion that I don’t want to fill my head with this stuff. Nor do I want to promote these kinds of relationships to my children or anyone else.

I want my marriage built on trust, honesty and mutual respect. I want to be loved for who I am and I don’t want sexual fantasies (especially ones like these) to pollute our sex-life.

I’m going to give this film a miss.

I’m not wagging a finger even although you can tell I’ve become quite passionate about the subject. I hope you think carefully before deciding what to do and then exercise your freedom wisely.

Helping your children – If you’re a parent you might want to read the excellent series of blog posts by Miriam Grossman MD and then talk to your teenage son and/or daughter.

Spice up your relationship – Come along to one of FamilyLife’s A Day Together events for couples – married or not, struggling or solid you’ll leave with a renewed relationship!